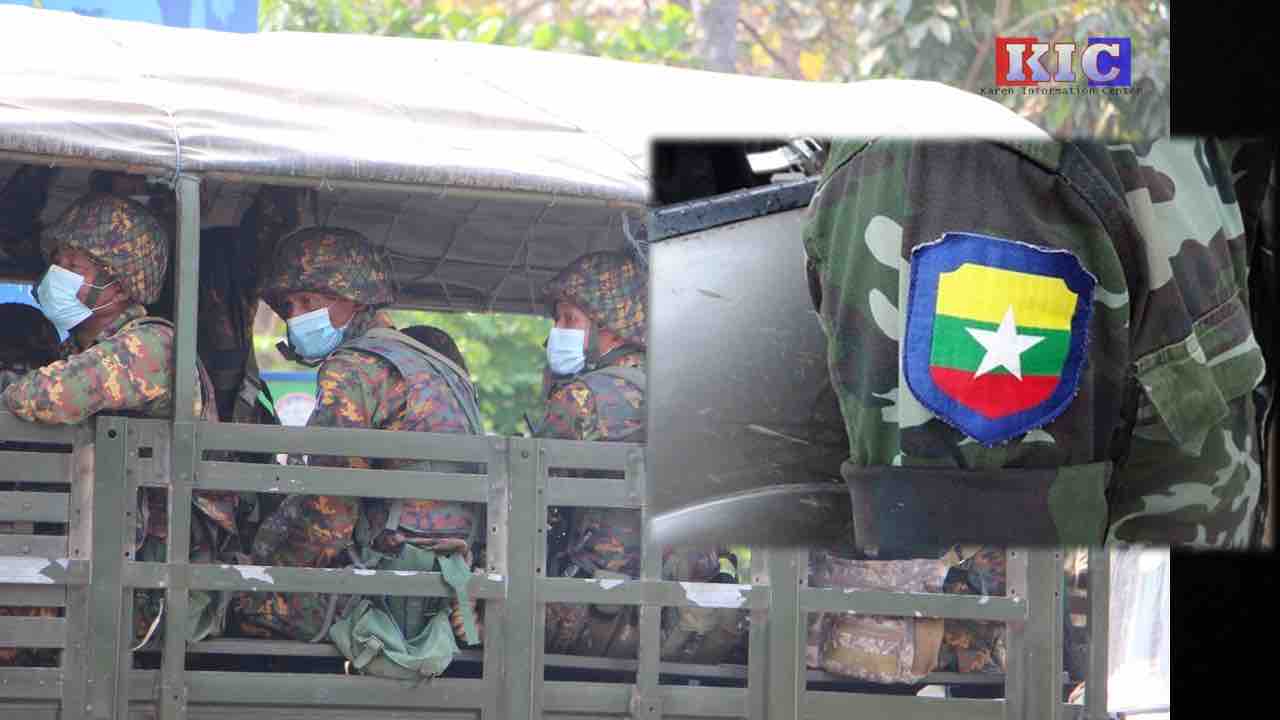 A combined force of the military council’s troops and the Border Guard Force (BGF) destroyed a station hospital in Phalantaung village in Hpa-An Township in the Thaton District of the Brigade-1 of the Karen National Union (KNU), at 2 pm on November 16th, according to an official of the KNU’s Thaton District.

The combined force took medicines and other materials and destroyed motorbikes. Then, the villagers are not allowed to go outside the village, according to the KNU.

“They demolished the hospital at around 2 pm with hammers. They shot two female students at 11 am. They demolished the hospital after firing the shots at the students. The students went back home by motorbike as they did not dare to attend the school due to fighting. They shot two grade-seven female students who went back home by motorbike from Bawthabyu village,” Padoh Saw Soe Myint, Secretary of the KNU Thaton District told the KIC.

Two students were injured due to the shootings. Two injured students are Naw Ei Htwe and Naw Su Mon. They are from the Malthaekhee self-reliant high school in Phalantaung village.

Currently, a combined force is stationed in Phalantaung and Yayaye villages in Hatalike village-tract and has planted landmines outside the villages. The BGF has detained some villagers, the KNU said.

Fighting took place between the BGF-1014 Battalion and the Karen National Liberation Army (KNLA)’s Brigade-1, Battalion-1, near Maethana creek between Phalantaung village and Noawlar village, at around 9.30 am on November 15th, killing two BGF members and injuring three others, according to the Information Department of the KNU’s Thaton District.

At present, the KIC is still trying to contact the officials of the BGF to ask about the current situations in the KNU’s Thaton District.

Sent by the KIC.