MPSI initiates projects that are designed to build trust and confidence in – and test – the ceasefire agreements and provide learning to support the normalisation of domestic and international support to these processes and communities over time. Through these projects MPSI has interacted with conflict-affected communities, non-state armed groups, the Myanmar Government, and the Myanmar Army. To ensure that the projects are locally owned and that they have community participation the projects are defined by and requested by local actors, not prescribed by MPSI.

Within a one-year timeframe MPSI has initiated and/or supported a range of projects which vary depending on the local context and specific concerns of parties to the ceasefire agreement and affected communities. The projects aim to implement and test specific clauses within the ceasefire agreements e.g. providing basic services to the conflict-affected communities; opening liaison offices; securing freedom of movement and operations of NGOs, particularly local NGOs; and supporting public consultations on the peace process.

The projects focus on: This first MPSI project was identified soon after the initial preliminary ceasefire agreement in January 2012 between the Karen National Union (KNU) and the Myanmar Government. The objective of this project is to provide assistance to internally displaced communities in an area previously inaccessible from inside Myanmar due to conflict. The project aims to test and increase trust in the peace process through facilitation of humanitarian assistance to IDPs which also provides need and opportunity for interactions between the local Myanmar army commanders, KNU commanders and IDPs of the area. To learn more about the project’s activities and results, click here. 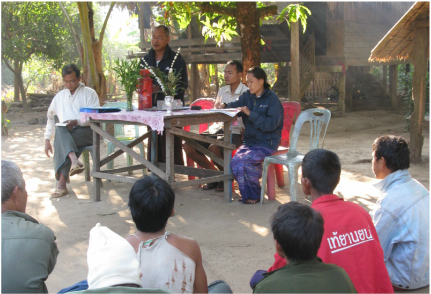 Following the renewed ceasefire between the government and the New Mon State Party in February 2012, this project aims to create confidence in the peace process through support to the rehabilitation of infrastructure and services in the water, sanitation and hygiene (WASH) sector and through civic mobilization and women’s empowerment trainings. To learn more about the project’s activities and results, click here. In the context of the ceasefire between the Myanmar Government and Karen National Union (KNU), this pilot project is helping 1153 conflict-affected individuals rebuild and rehabilitate their lives. This project broke new ground in the arrangements made for implementation by a consortium of community organisations from inside the country working together with the border-based CIDKP, the KNU’s relief agency. To learn more about the project’s activities and results, click here. The Mon Education Development Project is designed to protect and promote Mon language and culture: a very important element of the agendas of the Mon and other ethnic groups in their peace negotiations with the Government. The project involves public community consultation workshops in 8 areas, to raise public awareness of need for Mon Education policy and inform development of Mon education policy. The project supports curriculum development and includes a multi-stakeholder education seminar for policy development. To learn more about the project’s activities and results, click here. The New Mon State Party (NMSP) is organising a series of coordinated consultations related to the peace process with Mon communities, Mon civil society organisations, various NMSP departments and other Mon political parties. Overall, the project aims to promote greater mutual understanding and cooperation regarding the peace process amongst these actors.To learn more about the project’s activities and results, click here. This project enabled leaders and members of ethnic nationalities political parties and ceasefire armed groups in Shan State and Kayah State to come together, share opinions and build mutual trust and understanding among them. The project includes a process of community follow-up after the conference. To learn more about the project’s planned activities and expected results, click here.

This project contributes to the development of capacity and confidence of ethnic leaders to achieve practical solutions to long-standing problems of ethnic communities. The project develops a web-based resource platform and a series of workshops and seminars for ethnic leaders and in communities around liaison offices. There is also a gender dimension to the project, which aims to explore how to achieve greater representation of women in the peace process and ensure greater acknowledgement of issues of importance to women. To learn more about the project’s planned activities and expected results, click here.

The initiative has proved controversial with Thailand-based organisations, particularly given the Norwegian government’s decision to cut funding to border-based NGOs in early 2012. In an attempt to allay some of these concerns, Mr Larsen visited Chiang Mai on May 30 to discuss the initiative with the organisations.

Karen Community Based Organisations issued a statement that claims the fund lacks transparency and community support. It called on the MPSI to:

30 Aug 2012: Five organizations concerned with the Karen peace process in Burma say they will not attend a meeting organized by Norway’s MPSI because of its “flawed, untransparent peace-fund consultation” process.The group sent an open letter to Norwegian Ambassador Katja Nordgaard outlining its concerns.